PoE overview-From knowing nothing to knowing something

Clueless about PoE? Even though they tell you it's shorthand for power over ethernet. I get it. You probably want a panoramic view, a deep understanding of it. 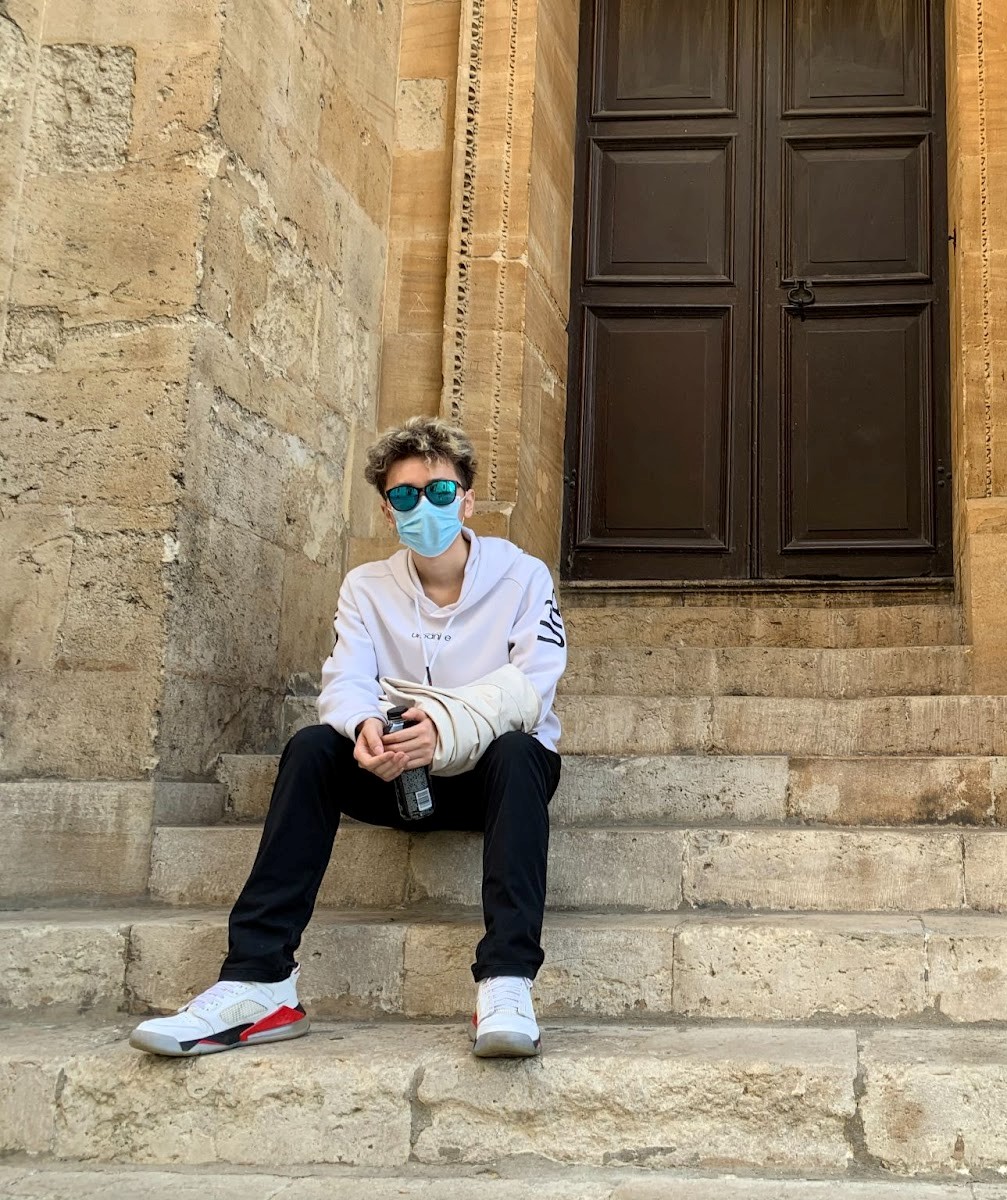 Hi, I’m Frank. I like to speak frankly. After reading all those blogs trying to feed you with business information, giving you instructions on what to buy; tell you what but not why, I decided to show what PoE truly is. Although my company Linovision pays me to write, I still won’t sell you any products. I guarantee that when you walk out of this page, you will feel you really know PoE, what and why.

What is PoE (power over ethernet)?

Power over Ethernet (PoE) means electrical power over your ethernet cable, meaning plug in a PoE cable and no other power cable is needed.

I’m a person who likes to ask why. I guess you might be as well. As soon as I learned the definition of PoE, a question came to my head.

What was PoE technology first invented for? What problem was it trying to fix? We all know that whenever something is invented, it must come to solve some problem.

Why did we invent PoE (The history of PoE)?

Let’s travel back to the year 2000. A smart guy in Cisco found something that pained him when he looked at the VoIP phone. That is why this thing has to be connected with two cables: a power cable and an ethernet cable. Why can’t we put them together in one cable?

He must have read the story that in the old days, pencils and erasers were sold separately. An intelligent guy came up with the idea of why don’t we put them together because they are supposed to be used together. Boom! Eraser on Pencil, AKA eraser-tipped pencil, pencil-plus-eraser, or whatever you call it. Great invention and great sales.

OK. Putting an eraser on a pencil is easy. But how can we make one cable transmit power and data at the same time? Trust me. It’s easier than you think.

How does PoE work?

First, I’m assuming that you are not an electrician and do not have any electrical background. So I will give you the plainest explanation.

The Ethernet cable has eight wires that makeup four pairs. It turns out that only two pairs are used for data transmission while the other two pairs are left idle. It's that simple. Just use the idle ones to transmit power. This is one way, and it’s called Mode B or Alternative B. When there is a Mode B, there must be a Mode A.

Mode A is also very simple. Use the data transmitting pairs to transmit power. Wait, you can do that? How?

Phantom power feed technique. That’s all I can tell you. Otherwise, you will have to have an electrical background to understand.

Perhaps the following two pictures will give you a clearer look. 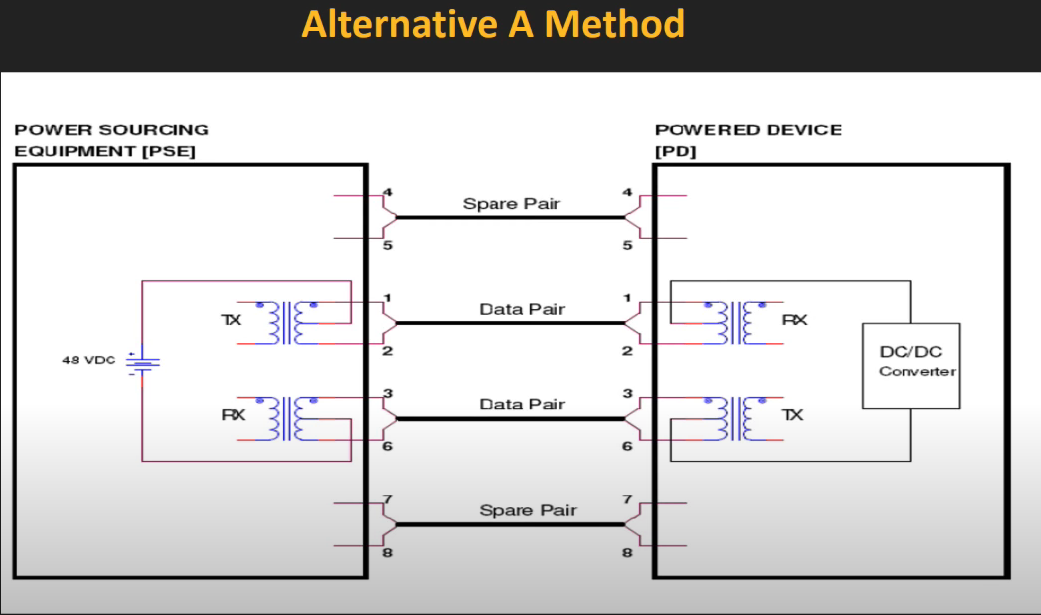 Fig.1 Mode A diagram(credit to Youtube channel: ALL ABOUT ELECTRONICS) 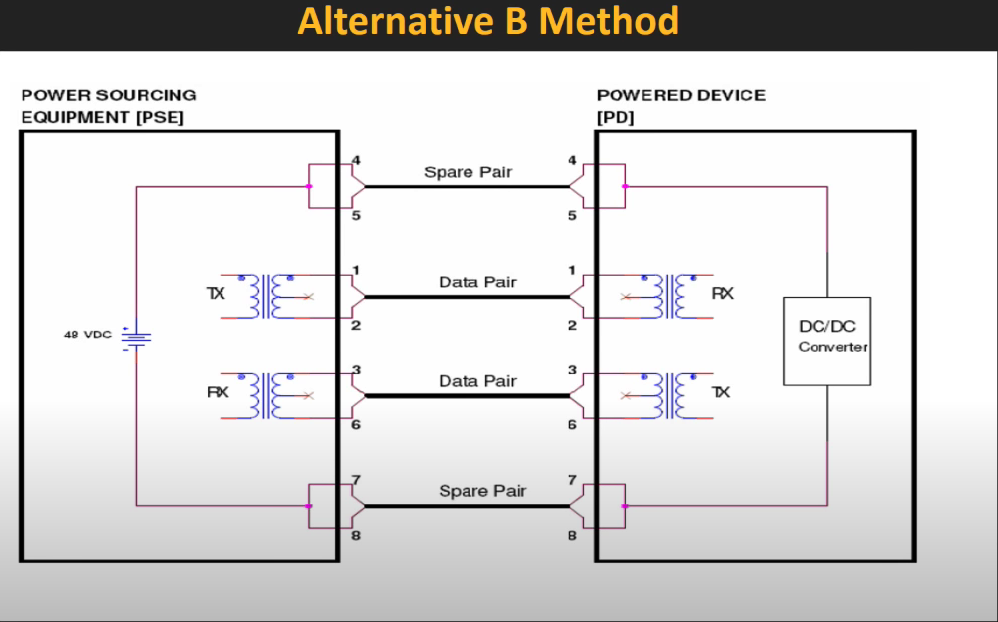 Fig.2 Mode B diagram(credit to Youtube channel: ALL ABOUT ELECTRONICS)

Mode A and Mode B talk about how we transfer power over Ethernet cables, but other than that, there is a fundamental question PoE has to consider. That is, PoE has power, but some devices can’t handle that much power without an adapter.

For example, a PoE power sourcing equipment (PSE) provides 15.4W, but the powered device (PD) only requires 6W. Then the PD may fry. That’s very simple. Imagine your family is moving, and your dad asks you to help carry a heavy box. Just because your dad can carry it doesn’t mean you can. If your dad just throws that box at you, you might get hurt.

Therefore, when the IEEE first ratified the 802.3af standard in 2003, they made the rule that all the PSE (power sourcing equipment) must send a detecting signal to see if the receiving device is a PoE device and how much power it can withstand. They call it Handshake.

What does standard mean?  Standard means someone is above, and someone is below. Before the standard came out, some manufacturers had already produced PoE products without the Handshake function.

They call it passive PoE. Pretty easy to understand because it doesn’t actively give the handshake. Passive PoE doesn't adhere to any standards and is completely usable as long as you know not to plug the wrong things into it.

The standard of PoE

As I said, initially, the PoE was just to power those low-power budgets devices like VoIP and wireless access points(WAPs). Therefore, the IEEE 802.3af standard was tailored for them, specifying that PSEs only provide a maximum of 15.4W of power.

And due to the cable resistance and power loss, the PDs would only receive 12.95W, which is still adequate for VoIPs, WAPs, and most cameras.

However, the times are progressing, technology is developing, and the standards are slowly failing to keep up with the needs. We need more power!

For example, the pan tilt zoom(PTZ) cameras wouldn’t operate ideally under a 12.95W power supply. So, we should give it more.

With the new 802.3bt standard, you can even use PoE to power a laptop while giving it a stable internet connection. “One cable; deals all.” That’s probably a catchy commercial. But in real life, you also need a PoE docking station to power your USB-C-capable laptop like Macbook. 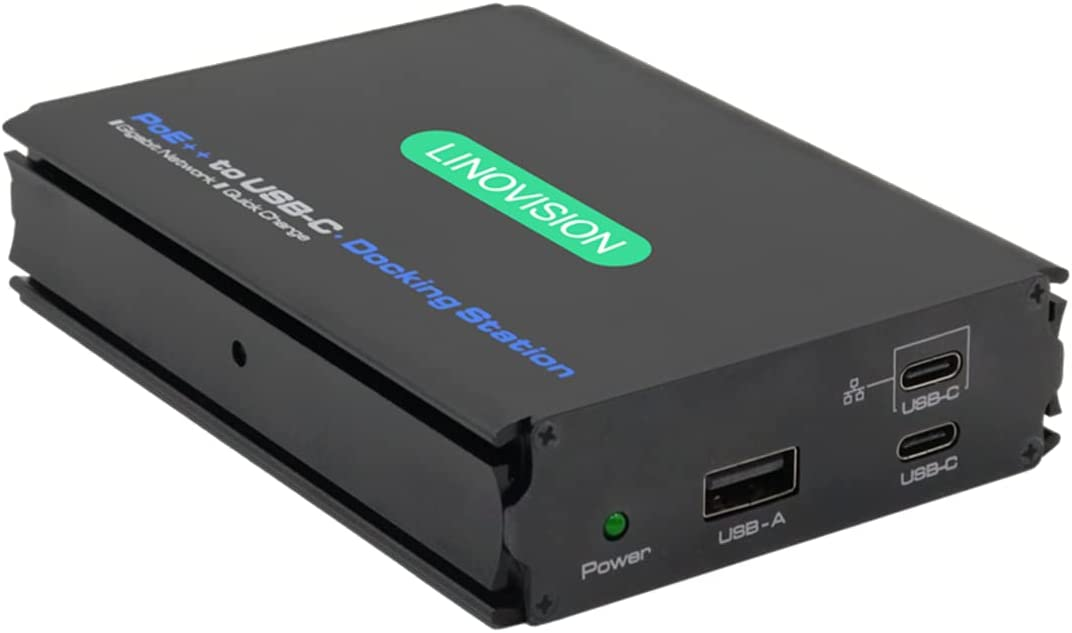 The figure below illustrates the difference in each parameter of the 4 types.

Fig.4 Standard of PoE(credit to Youtube channel: ALL ABOUT ELECTRONICS)

What does PoE do?

What is it for? This is a question that strikes straight to the soul. You probably think: Haven’t you already answered that?

Actually, practically speaking, most of the applications of PoE are to connect IP cameras. So I have to tell you about IP cameras.

Why do you need an IP camera? I will talk about this in detail in another in-depth article. Here I give you a simple answer: It’s just way better than an analog camera, just like you would choose an Apple smartphone rather than an old Nokia flip phone.

Another thing PoE can do is remove your bulky power brick, which is quite obvious because even the power cable is gone. So there is no need for a professional electrician, saving you a lot of money.

What can’t PoE do?

The most vital one is that it cannot exceed 100 meters(328ft). 100 meters. Such a perfect number. It looks very unnatural. Someone must have manually specified it.

Yes. You are right. IEEE set the rules. And it’s actually THE thing that would trouble you. Sometimes, you just want a longer connection.

But sorry. 100 meters(328ft). You can’t break the constitution. However, we can still add amendments.

For example, you can put on an extender, or two(at most), to extend the length 100 meters(328ft) per extender. 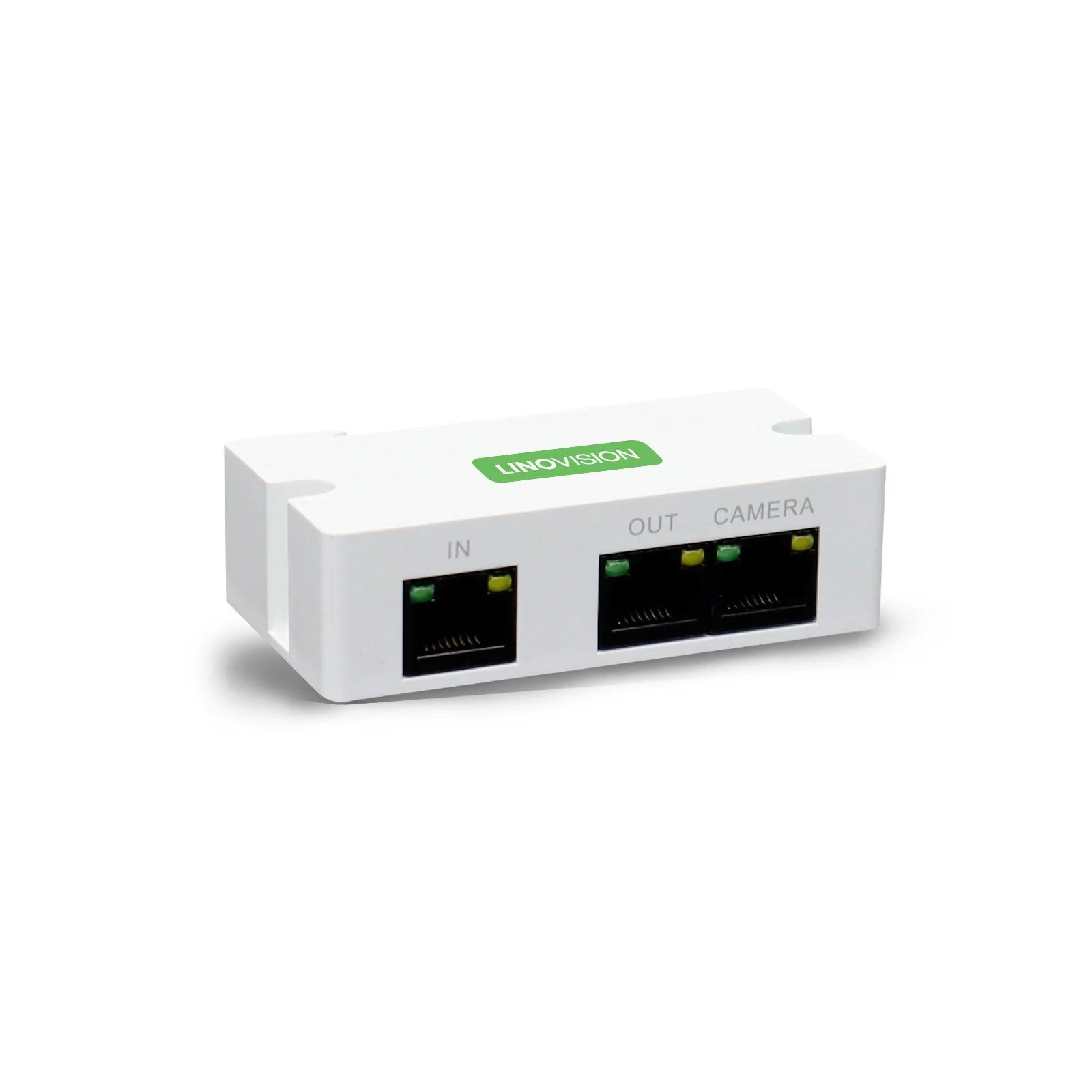 This picture is just to show you what it looks like. Don’t judge me. (See the right two ports?  Normally they buy it when they want to add a camera near an existing cam. Many buy it not to extend the length but to stretch one cable out so they don’t have to connect a looong cable back to the switch room.)

I hope you now have a clear understanding of PoE. If you don’t, don’t worry, I’m writing more PoE-related articles. After all, this is just an overview article on PoE.

Click the links below to find answers to more PoE questions.